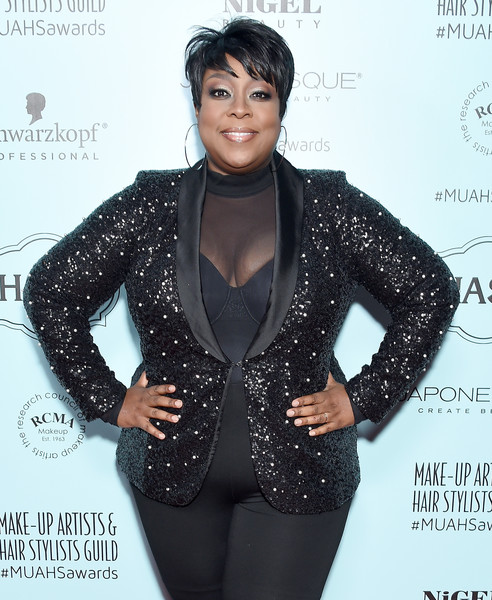 Members of the Makeup Artists and Hair Stylists Guild gathered Saturday night in downtown Los Angeles to hand out their annual awards in film, TV, commercials and live theater.

The event was hosted by The Real co-host Loni Love who, surveying the room, said, “There’s more highlights here than at the Super Bowl and, with the amount of foundation here, we could build Trump’s wall.”

Love brought up the controversial decision made by the Academy of Motion Pictures Arts and Sciences to hand out the Oscars for makeup and hairstyling, as well as the statuettes for cinematography, film editing and live action short, during commercial breaks. “We are vital to making movies. Can you imagine if we didn’t have hair and makeup for the movies? They had to change because they had all that backlash,” she said. “Sending actors to the Oscars on the red carpet without makeup and hair just wouldn’t work. They need you guys. … Without hair and makeup, society would be thrown into chaos.”

Click here to read the full article on The Hollywood Reporter.